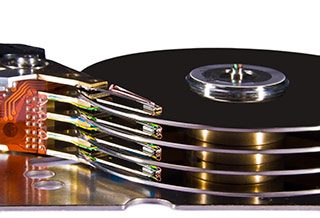 If you have a computer, USB, CD/DVD or other digital media including tapes that needs to be destroyed, then Sector Forensics’ range of wiping services (approved by the UK Government and NATO) will give you peace of mind that your data will not unexpectedly re-appear in the future.

All services are supplied with a destruction certificate containing details of the device wiped and the processes used for destruction.

Each of the following wiping services are available either as a single or combined service.

The SV91M has been approved by the UK government and NATO and meets specified requirements of SEAP (Security Equipment Assessment Panel) and the newer CESG standard for restricted or less for the secure erasure and destruction of information and data stored on magnetic media up to TOP SECRET level.

A sector is the smallest physical storage unit on a disk. The Standard 'Single Pass' Erase writes a 0 (zero) or random character in each sector contained on the disk which overwrites any existing data contained.

The drives can be physically shredded into 16mm fragments, so that no data can be recovered.

Got a brilliant result at court and I would like to say that was down to the examination results we received. Thank you.